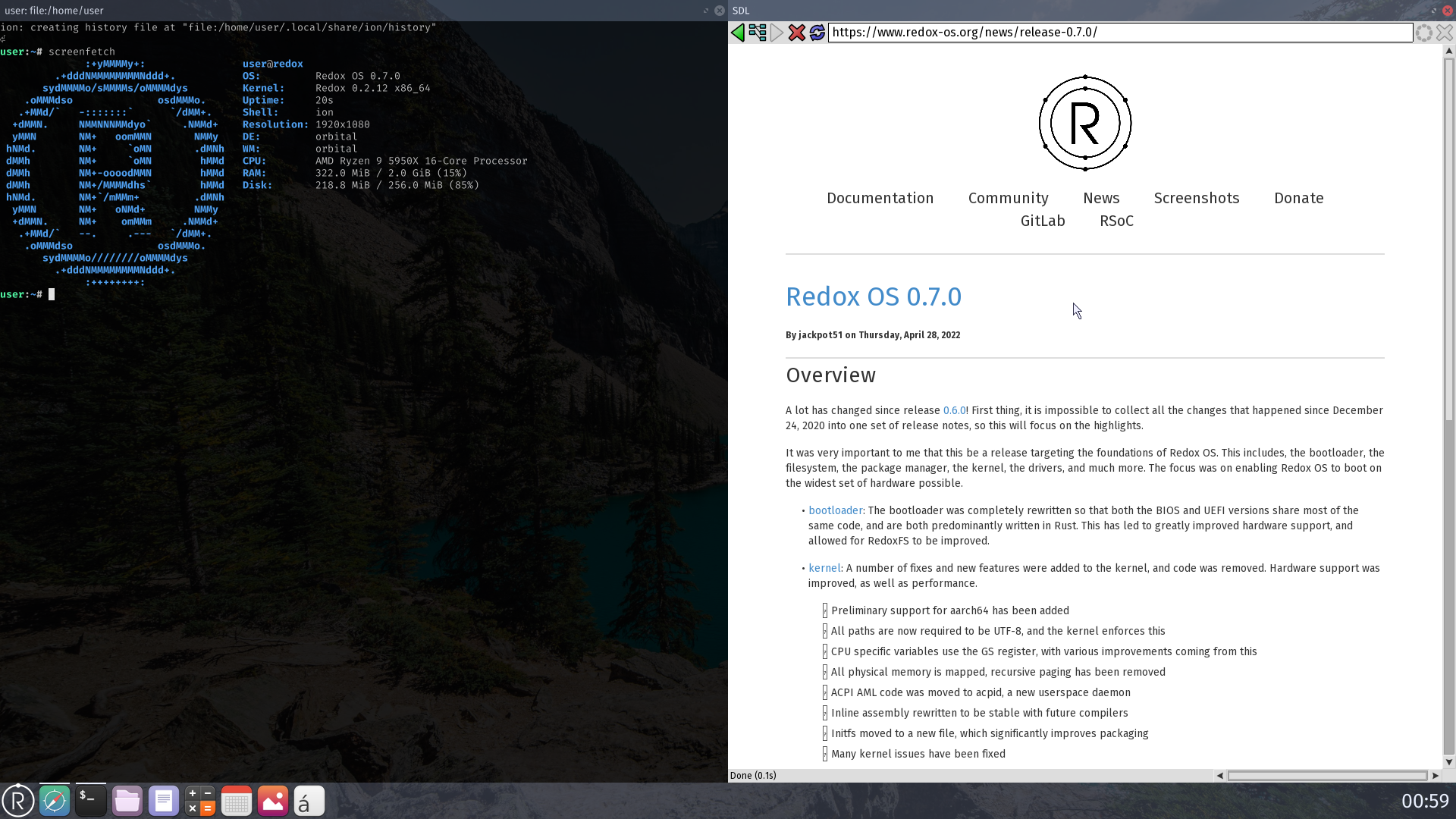 A lot has changed since release 0.6.0! First thing, it is impossible to collect all the changes that happened since December 24, 2020 into one set of release notes, so this will focus on the highlights.

It was very important to me that this be a release targeting the foundations of Redox OS. This includes, the bootloader, the filesystem, the package manager, the kernel, the drivers, and much more. The focus was on enabling Redox OS to boot on the widest set of hardware possible.

I really wanted to go into more depth, but the time since the last release has been pretty long and the changes wild and free (as in freedom). I hope to create Redox OS releases more regularly, which will also decrease the changes that have to be rediscovered in order to write the release notes.

Extract compressed images with gunzip before flashing to a USB drive, or loading in a VM.